My board of random nonsense

I translated this game about a decade ago, and it seems it has garnered recent interest due to a video from LGR.

This is a mostly complete translation of the main game executable using a resource editor. It's not perfect, but it will at least let you have an idea of what's going on. 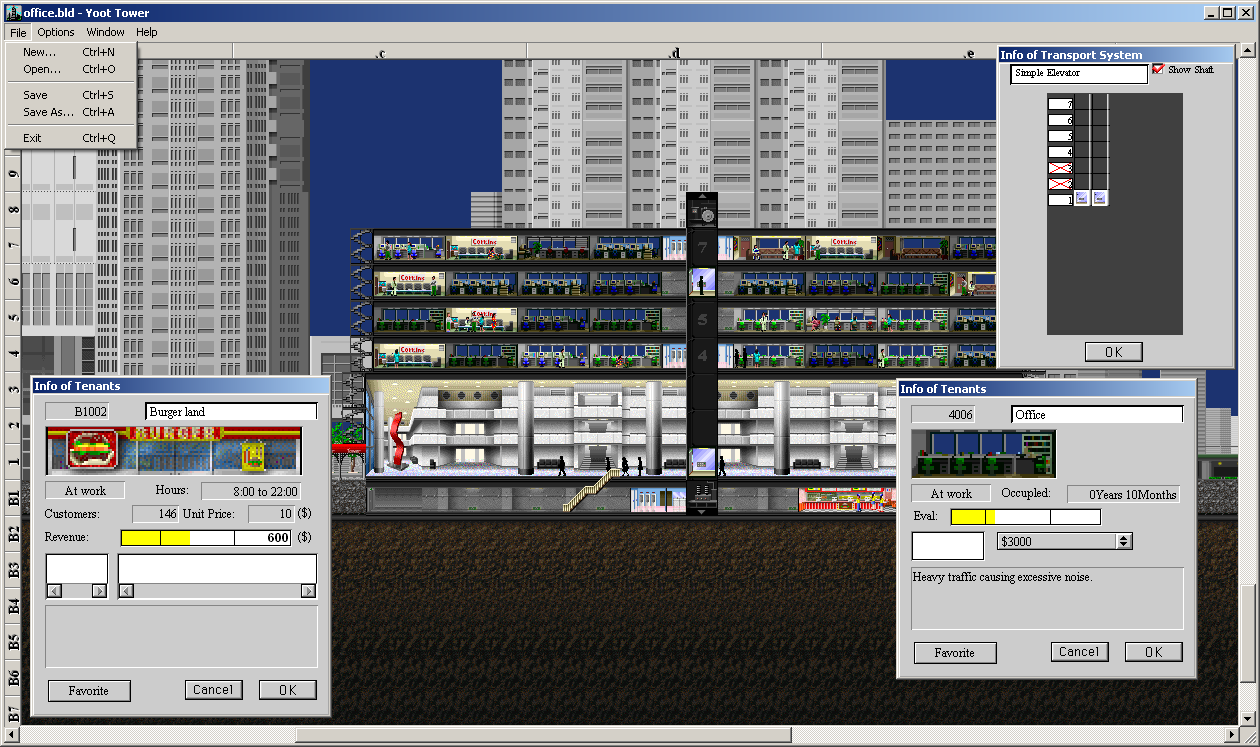 I have not translated any of the plugins, because the resource editor I was using at the time didn't understand 16 bit code. Many of the plugins use WIN16 calls from Windows 9x, which the program doesn't know what to do with. The main game executable also uses some 16 bit code, and will only run on 32 bit versions of Windows. Windows XP is recommended, but later 32 bit versions of Windows may also work, but I have not tested them.

Bonus:
There is a secret debug menu, which can be activated by pressing the keys CTRL + ALT + Shift + D all at the same time. It will enable an additional menu in the title bar and give you some debug options, like engine performance metrics and the ability to raise or lower the star rating of your tower. Do not go below one star, or over 5 stars, because the game will crash and potentially corrupt your save file. Additionally, every time you press the secret key combination, you'll get a "Debug Bonus!" of $500,000,000 in cash. Again, use this sparingly because it can also corrupt your save file.

This game is poorly coded and very unstable so be weary of using the debug menu too often.
Top
Post Reply
1 post • Page 1 of 1