My board of random nonsense

Remake of the map castleargh3 by Drunken Gun. The original map had a lot of issues, especially regarding the castle gate area. 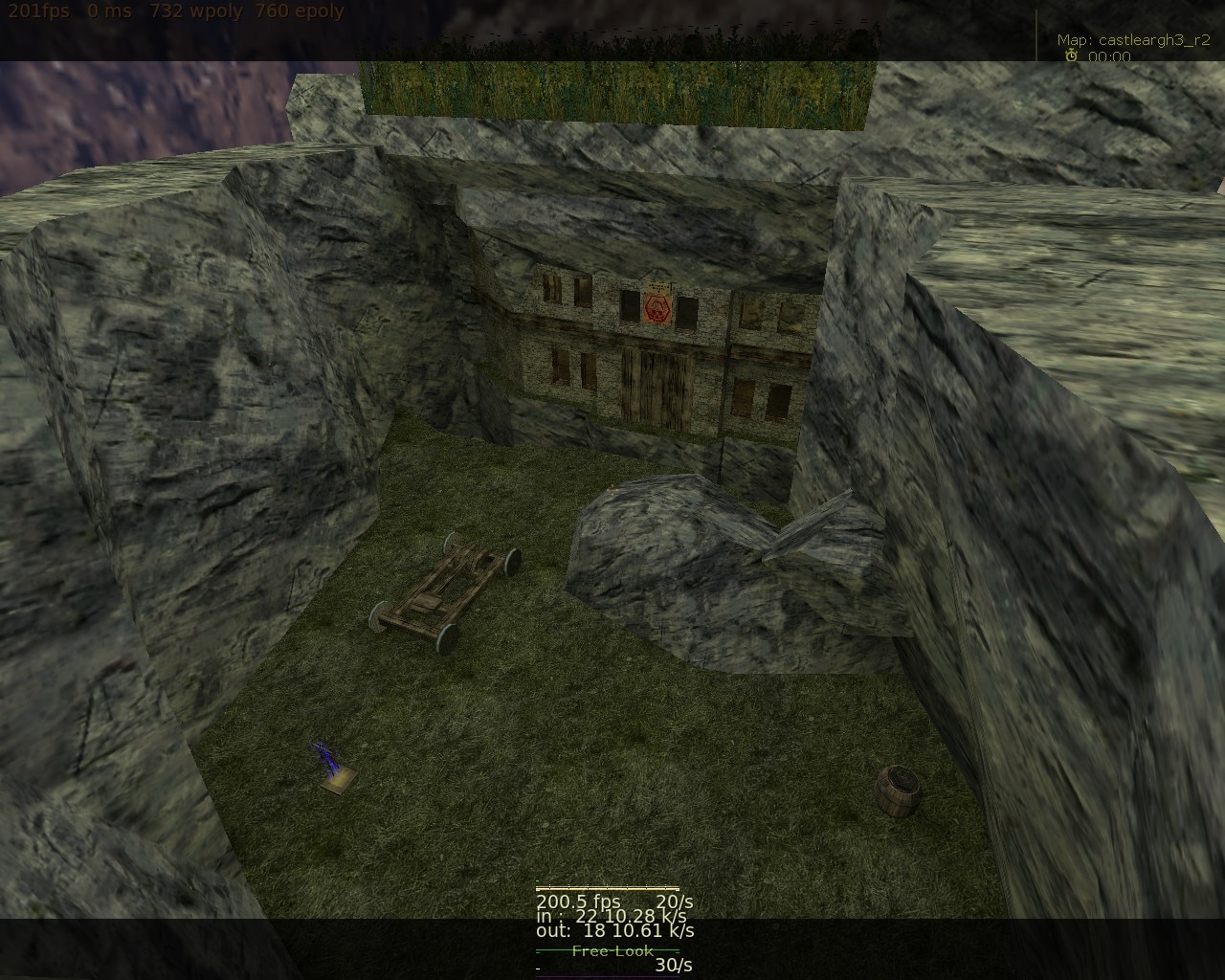 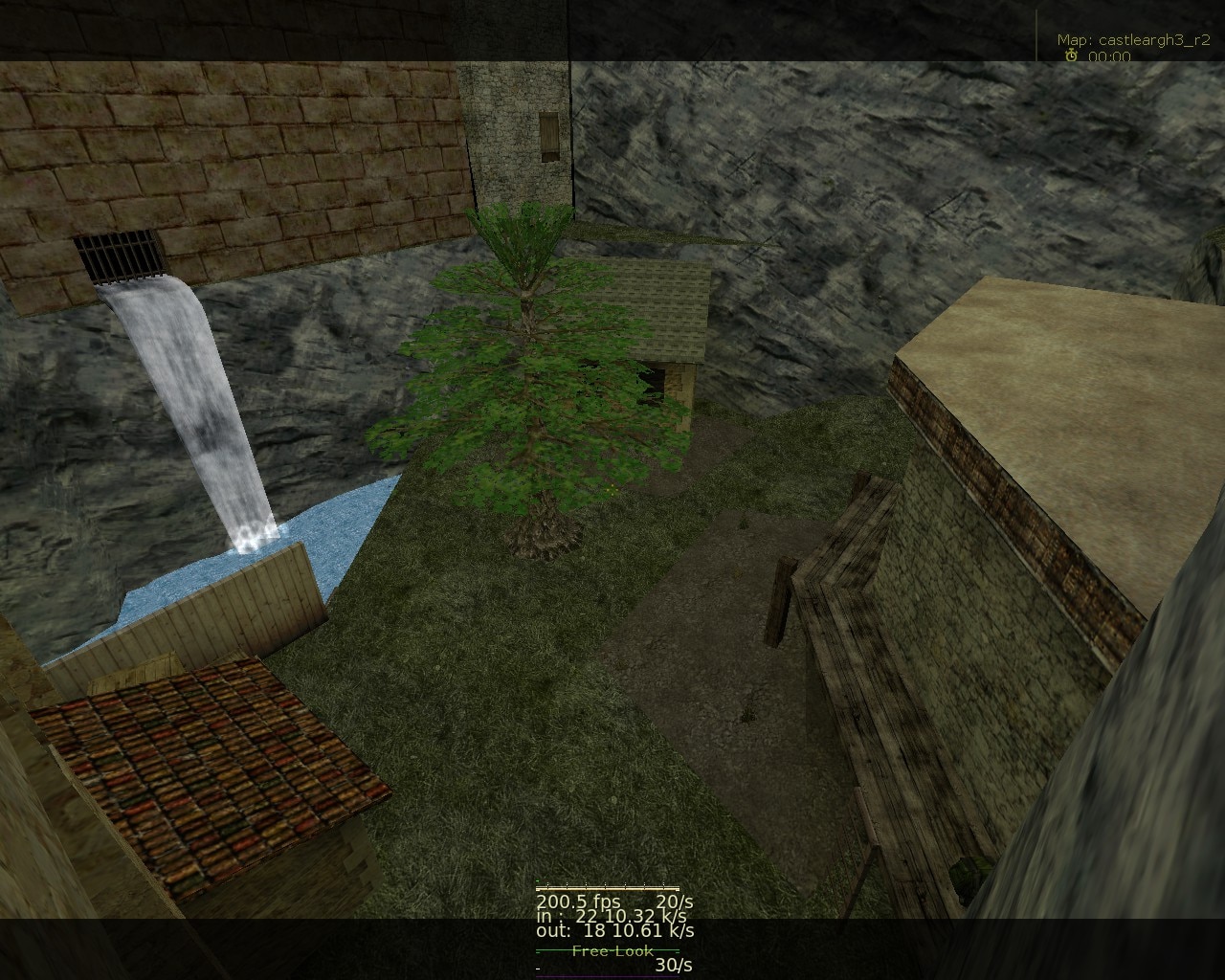 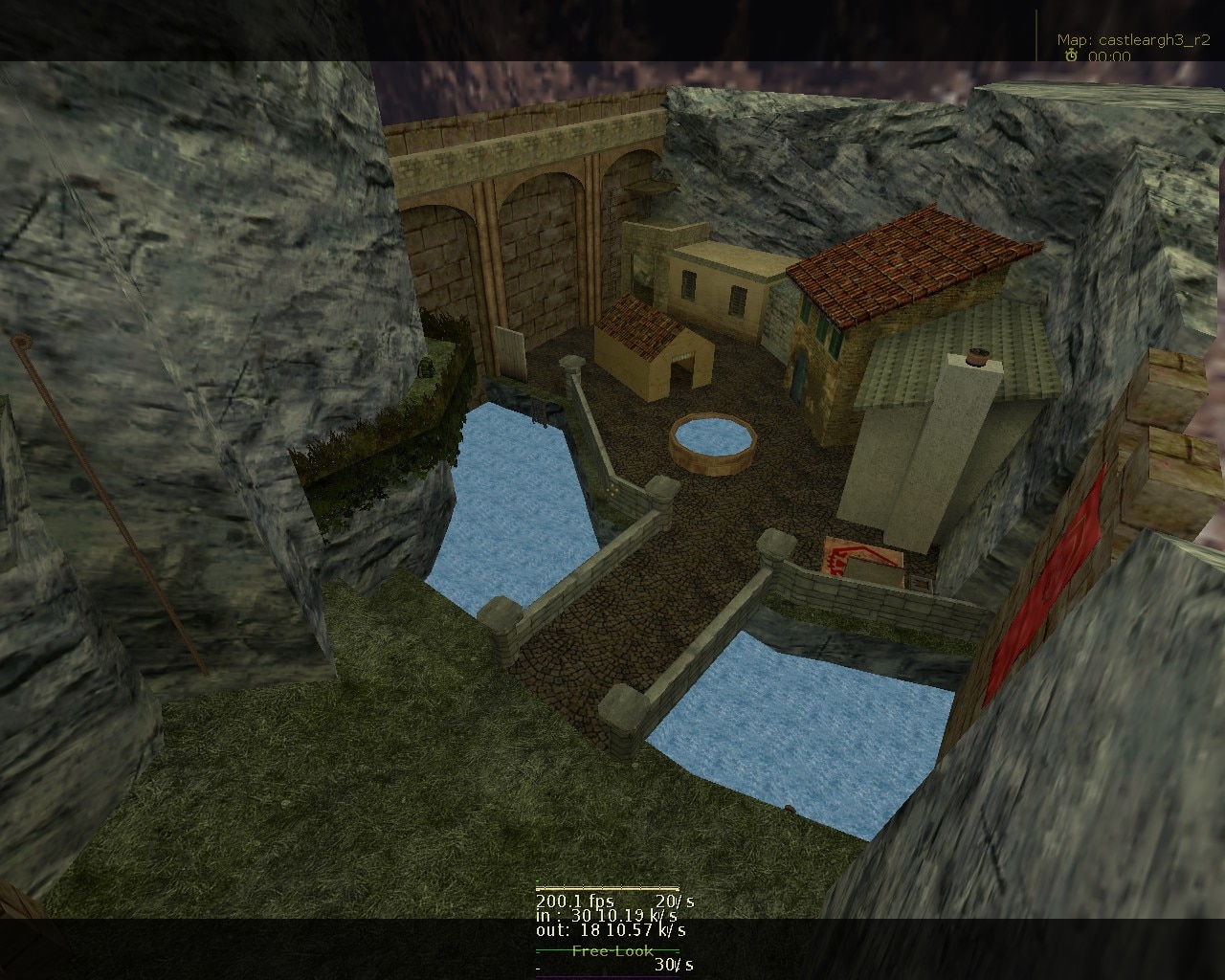 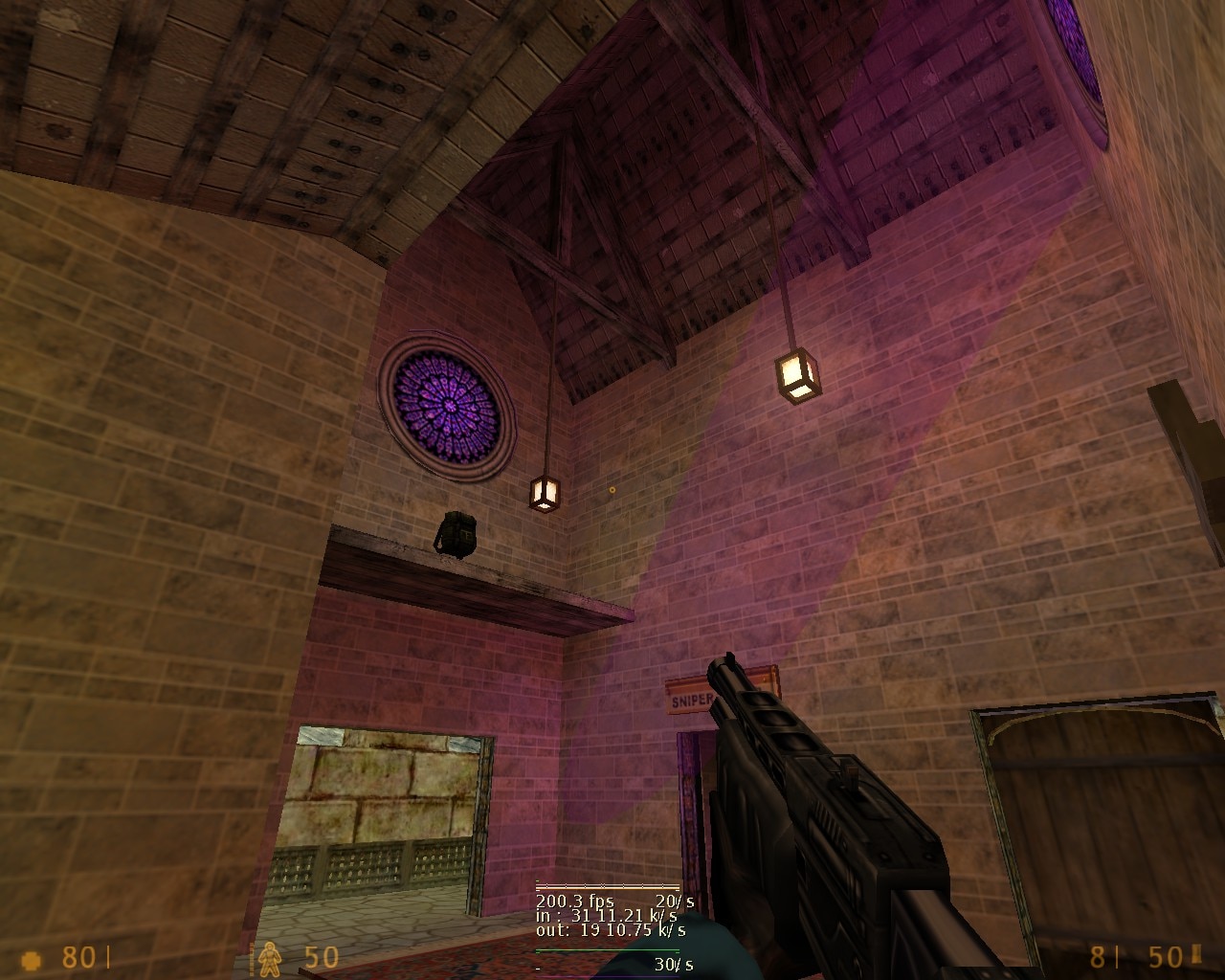 Lower Courtyard:
- Fixed invalid foliage geometry above the castle gate room.
- Made the big tree and underwater shrubs in the lower courtyard have dynamic movement.

Village:
- Fixed several null texture and invalid geometry issues.
- Fixed smoke from smokestack being inverted.
- Fixed stuck point between the house chimney and the cliff behind CP2.
- Changed the bridge behavior when blown up by a detpack. It will now fall to the bottom of the canal instead of disappearing.
- Alleviated stuck issues with the rope ladder out of the canal

Upper Yard:
- Slightly altered the raised wood floor area in the upper guard tower floor to help with building issues.
- Added small stream behind CP3
- Made the pond a bit deeper.
- Added new underwater path from far side of the upper yard to a new well in front of the upper castle gates.
- Misc. texture and geometry fixes.

Upper Keep / Church:
- Fixed some misc. geometry issues.
- Improved the light cast from the stained glass window inside the cathedral.
- Fixed the side window not being enterable due to being too small.
- Moved the defending team spawn turret to the other side of spawn to prevent it shooting outside of spawn into the upper yard guard tower.
- Added a memorial under the Church for a member of Xbots' Server.
Top
Post Reply
2 posts • Page 1 of 1